Do You Need Another Reason To Like Zac Brown? 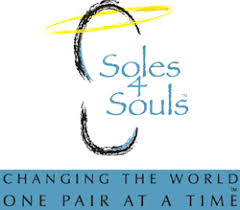 It appears that Zac Brown Band & TikiTender have something in common.  We both support Soles4Souls!  (Check the link on the front page of tikitender.com.  Soles4Souls is a Nashville-based charity that collects shoes from the warehouses of footwear companies and the closets of people like you. The charity distributes these shoes to people in need, regardless of race, religion, class, or any other criteria. Since 2005, Soles4Souls has given away over 14 million pairs of new and gently worn shoes (currently donating one pair every 7 seconds.) The shoes have been distributed to people in over 127 countries, including Kenya, Thailand, Nepal and the United States.

ZBB and Gander Mountain have partnered to create the Southern Ground store.  As a special bonus, purchase the hat you see above and 7 pairs of shoes will be donated to Soles4Souls.   Big ups to Gander Mountain and Zac Brown Band!